The picketing was largely in Othaya sub-county on Monday by farmers delivering their produce to Gitugi tea factory.

Three farmers, Mr Patrick Ngunjiri, Mr Edward Ngumi and Mr William Gitonga, were arrested Wednesday when they went to negotiate the release of two other men arrested on Tuesday on allegations of derailing weighing of tea at the Rwatheini tea buying centre. In total, 14 farmers are in police custody.

Nyeri South Deputy County Commissioner Michael Talam told the Nation 11 farmers were arrested for unlawful gathering. He said they will be charged with obstruction and holding a gathering without a permit.

“The three that have been arrested today are being held for destruction of property, including tea leaf, and being armed with pangas,” said Mr Talam.

Disgruntled by the undertakings at the tea agency, the farmers have also boycotted tea picking demanding implementation of the tea reforms that seek to streamline the multi-billion-shilling industry.

"This is a barbaric act by KTDA and we shall not be intimidated," said Ms Muthoni Waithanji, a farmer.

Separately, the Kenya Smallholder Tea Growers Association (Kestega) has advised farmers against boycotting picking of tea, saying they are the ones who will incur losses.

Kestega national chairman John Nteere said they had told growers rooting for the boycott that they will regret their action since the boycott neither affects Kenya Tea Development Agency (KTDA) nor the government.

“Boycott is not an option since it always ends up in tears for the farmer. The bushes will outgrow their usefulness and will have to be shed off by cutting and throwing them away, which will cost money,” Mr Nteere told the Nation in a telephone interview.

Over 4.4 million kilograms of green leaf was collected across the 69 factories by October 7.

• In a statement on Friday, KTDA revealed that over 4.4 million kilograms of green leaf were collected across the 69 factories which it manages by October 7.

•The agency said factories in Kiambu county, which include and Gachege, Kagwe, Kambaa, Mataara, Theta and Nadrugu tea factories presented the highest production over the period under review.

Green leaf production across tea factories managed by the Kenya Tea Development Agency has risen by 10 per cent over a 30-day period.

KTDA on Friday said this signifies the continued high tea production trend that has characterised the year.

According to the Agency, this complements the continued high tea production trend throughout the year.

In a statement on Friday, KTDA revealed that over 4.4 million kilograms of green leaf were collected across the 69 factories which it manages by October 7, marking a significant increase from September's 3.99 million kilograms collected.

The agency said factories in Kiambu county, which include and Gachege, Kagwe, Kambaa, Mataara, Theta and Nadrugu presented the highest production over the period under review.

"These factories recorded a 60 per cent rise over the period cumulatively. The six factories produced 461,692 Kilograms of green leaf up from 288,901 Kilograms on September 9 this year," read part of a statement to newsrooms.

The agency further said factories in Murang’a County recorded a 52 per cent increase over the period.

Cumulatively, the ten factories in the county produced 906,005 Kilograms.

"Factories in Nyeri County including Chinga, Gathuthi , Gitugi, Iriaini, and Ragati posted a 20 per cent increase with 198,017 kilograms recorded on September 9 compared to 238,068 Kilograms a month ago," the agency said.

Factories in Kirinyaga and Embu Counties, which include Kangaita, Kathangariri, Kimunye,Mungania, Mununga, Ndima, Rukuriri and Thumaita posted a 47.6 per cent increase, with 613,905 Kilograms recorded yesterday up from 416,052 Kilograms in September.

Meanwhile, factories in Meru and Tharaka Nithi Counties, which include Githongo, Igembe, Imenti, Kiegoi, Kinoro, Kionyo, Michimikuru, and Weru tea factories recorded a 40.2 per cent jump to record 460,129 Kilograms yesterday up from 340,760 Kilograms.

This comes amid tension of a Boycott by Tea farmers from the Mt Kenya region.

They had threatened to boycott tea picking from October 5 to protest against KTDA’s exploitation.

KTDA in a swift move cautioned the farmers that a boycott would lead to heavy and unnecessary losses.

• The elections involve over 600,000 shareholders.

• The court was told to consider the order stopping elections will have adversely affect the operations. 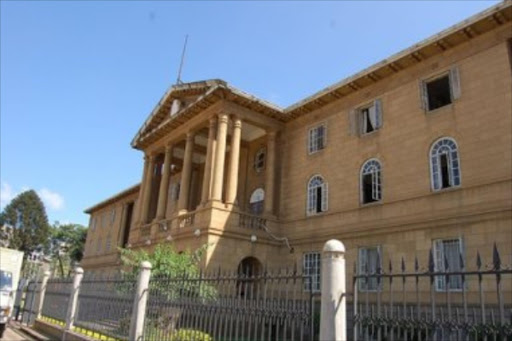 Kenya Tea Development Agency can now go ahead and hold elections for its directors after a judge dismissed a case seeking to stop the exercise.

High Court judge Anthony Mrima on Thursday dismissed an application filed by Agriculture Fisheries and Food Authority opposing the elections on the grounds that the tea sector has no legal framework for conducting the election.

“I now find and hold that the second respondent [AFFA] failed to demonstrate the prejudice it was likely to suffer if the application was not allowed,” the judge held.

He noted that if he gave a temporary order stopping the election at this point, that will have an effect of delaying the main case.

In its application, AFFA contended that since the Tea Regulations of 2020 were suspended by the High Court in Mombasa – and pending the hearing and determination of two other cases against the regulations - there lacked a legal framework under which the elections would be conducted.

AFFA argued that the elections could not be held under the old regulations, adding that the now-suspended regulations superseded the old rules.

The court was asked to maintain the status quo until the case is heard and determined. AFFA was of the view that holding elections at the moment would preempt the expected court renditions.

The state law office also supported the plea to stop the election in order to avoid wastage of resources.

State counsel Mitchelle Omuom said the electoral process was expensive and since there was a possibility of the court upholding the impugned regulations, holding elections which may be later nullified was a waste of resources.

KTDA, for its part, opposed the case saying that the membership and tenure of board of directors are internal management matters whose control is the exclusive reserve of shareholders of the companies involved.

It accused both Agriculture Cabinet Secretary Peter Munya and AFFA of unsuccessfully trying to control internal affairs of KTDA.

KTDA urged the court to take note of the fact that AFFA failed to show any of its rights allegedly being violated if the election is allowed.

The elections involve over 600,000 shareholders. The court was told to consider the order stopping elections will have adversely affect the operations of the KTDA which in turn will have an insurmountable ripple effect to the greater public.

The judge in his ruling further directed the parties to come for hearing of the main petition on October 13.