Real problem in the tea industry

Oversupply on the global market. 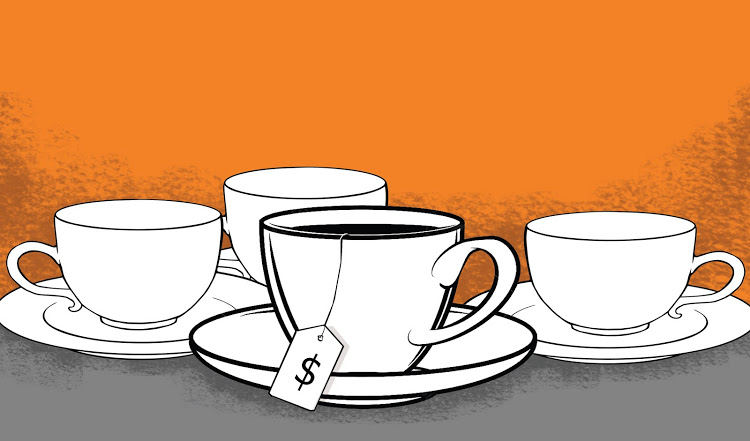 Tea growers have long been one of the outstanding success stories of Kenyan agriculture.

Where coffee growers in Central Kenya have long taken to uprooting their previously valuable coffee trees; where cashewnut farmers at the Coast now burn their trees to produce charcoal; and where sugarcane farmers in Western Kenya have for years now been destitute; tea growers continued to receive a decent return on their labour in the picturesque rolling tea fields of Central Kenya and the Rift Valley.

But all that seems set to change. It would appear that the tea growers’ luck has run out.

Now, newspaper headlines are not in themselves a sufficient guide to what is happening at any one time. You have to actually read the report or analysis to get an understanding of such events.

But when two newspaper headlines seem to be at odds, then it may be worthwhile to consider what is really going on, and where this conflict arises.

Such were my thoughts when on September 24, just a week ago, I came across this headline in the authoritative ‘Wall Street Journal’ website, ‘You’re Stuck at Home, Drinking a Ton of Tea—and Prices Are Rising’: ‘Prices of wholesale tea leaves have jumped 50% since March’.

The “Big Four” in global tea production are China, India, Sri Lanka, and Kenya. If one of them suffers a massive drop in production due to a destructive civil war that lasts 26 years, then that is bound to create an opportunity for the other big tea exporters. We would see a demand-driven expansion of tea growing in the remaining tea producers.

You would think that this would be good news for Kenyan farmers. But before we go into that, a little of the details supplied in this article:

“The world’s most popular beverage is becoming more expensive. Remote working arrangements and other home routines established during the coronavirus pandemic have led more people to reach for cups of tea, which is consumed in larger amounts world-wide than any drink other than water. But supplies of tea leaves are tightening, due to bad weather in some producer countries, labor shortages, port closures and other logistical issues.”

So, if indeed “the world’s most popular beverage is becoming more expensive” then surely that is good news for Kenyan tea farmers. Yes? Actually, No.

Here is the headline I had read in a local newspaper on September 23, just a day earlier: ‘Tea Farmers to get lower bonuses.’

And here is what was reported in the article:

“Farmers will receive lower bonuses this season due to a glut that reduced prices in the international market. Overproduction of green leaf has caused prices to plummet, Kenya Tea Development Agency (KTDA) chairman Peter Kanyago warned...”

So, what are we to make of it all?

And when that country – ie Sri Lanka – finally settles down, post-civil war, and comes back into the market, then it can only be a matter of time before there is an oversupply of tea globally. The oversupply of any commodity always leads to lower prices.

This is where my earlier caution about reading too much into headlines comes in. The article in the WSJ went on to explain that this recent increase in the price of tea, actually signalled an end to a previous years-long downward spiral in tea prices:

“Prices of wholesale tea leaves have jumped 50% since March, when they tumbled to their lowest levels in more than a decade due to oversupply. At $3.16 a kilogram recently, they are at levels last seen in November 2017, according to World Bank data.”

This seemed to support Kanyago’s assertion about the oversupply on the global market.

Indeed, such an oversupply was inevitable from the moment the Sri Lanka civil war ended in 2009.

The “Big Four” in global tea production are China, India, Sri Lanka, and Kenya. If one of them suffers a massive drop in production due to a destructive civil war that lasts 26 years, then that is bound to create an opportunity for the other big tea exporters. We would see a demand-driven expansion of tea growing in the remaining tea producers.

And when that country – ie Sri Lanka – finally settles down, post-civil war, and comes back into the market, then it can only be a matter of time before there is an oversupply of tea globally. The oversupply of any commodity always leads to lower prices.

But this is Kenya, where we tend to assume that if there is any drop at all in farmers’ earnings, this can only be due to corruption.

Ambassador Jafar Marmaki tours county following a deal in which Bomet will sell tea to Tehran.

· Iran is one of the leading buyers of Kenyan tea.

· Ambassador Marmaki said if the deal is successful, Kenya will also benefit as Iran is a corridor to other tea-buying countries such as Pakistan. 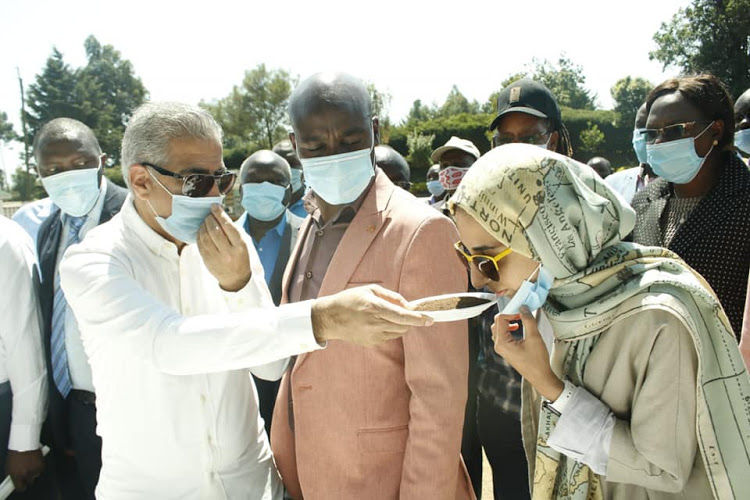 The county has instead approached factory directors from the region to find an alternative.

Barchok said his administration will sell tea produced at KTDA factories directly to willing buyers, bypassing the auction that is part of the new tea regulations.

He spoke at Mogogosiek tea factory where he hosted Iranian ambassador Jafar Marmaki who toured the county following a deal in which the county will sell directly to Tehran.

Iran is one of the leading buyers of Kenyan tea. Ambassador Marmaki said if the deal is successful, Kenya will also benefit as Iran is a corridor to other tea-buying countries such as Pakistan.

Marmaki expressed confidence the deal will be realised so farmers can reap maximum benefits.

He said despite Iran having been under sanctions for more than 40 years, he was optimistic Kenya will export directly, opening trade between the two countries.

During the meeting attended by more than 15 directors of KTDA-managed factories in the region, the governor sought to defend the idea.

And, while many have welcomed the Munya regulations noting it is a solution to the long-standing pay issues that have faced smallholder tea farmers across the country, Barchok has rejected it. He said farmers will benefit from agreements with particular buyers since brokerage, transport and warehousing fees will be abolished.

Poking holes on the tea regulations, the governor claimed some individuals were out to turn tea into their own business venture and in the long run lead to farmers being impoverished hence.

“As a county we strongly oppose it… we want things that are clear and which are done in consultation with other relevant stakeholders.”

In the regulations, Munya is, however, recommending that all teas produced for export in the country must be sold through the auction.

“The sale of private treaties commonly referred to as direct sales overseas is outlawed and any teas that are not sold during a particular auction shall be relisted for sale during the subsequent auction,” read part of the regulations.

At least 15 per cent of Kenyan tea undergoes direct sales at the moment with global prices relying heavily on the performance at the auction.

In backing the move, the directors said direct sales help in fetching premiums which can be used in social corporate responsibilities as compared to sales at the auction.

“When you sell directly you develop strong ties with that buyer and in exchanges you get a token which helps in doing community projects unlike at the auction where there is competition for quality teas by any willing buyer,” said Geoffrey Koskei from Kapkoros factory.

Kapkoros group of companies’ board of directors’ vice chairman Richard Koskei echoed the sentiments that most of the regulations are bad for the tea industry pointing out that having a company secretary is economical as compared to each factory having its own as proposed by Munya. 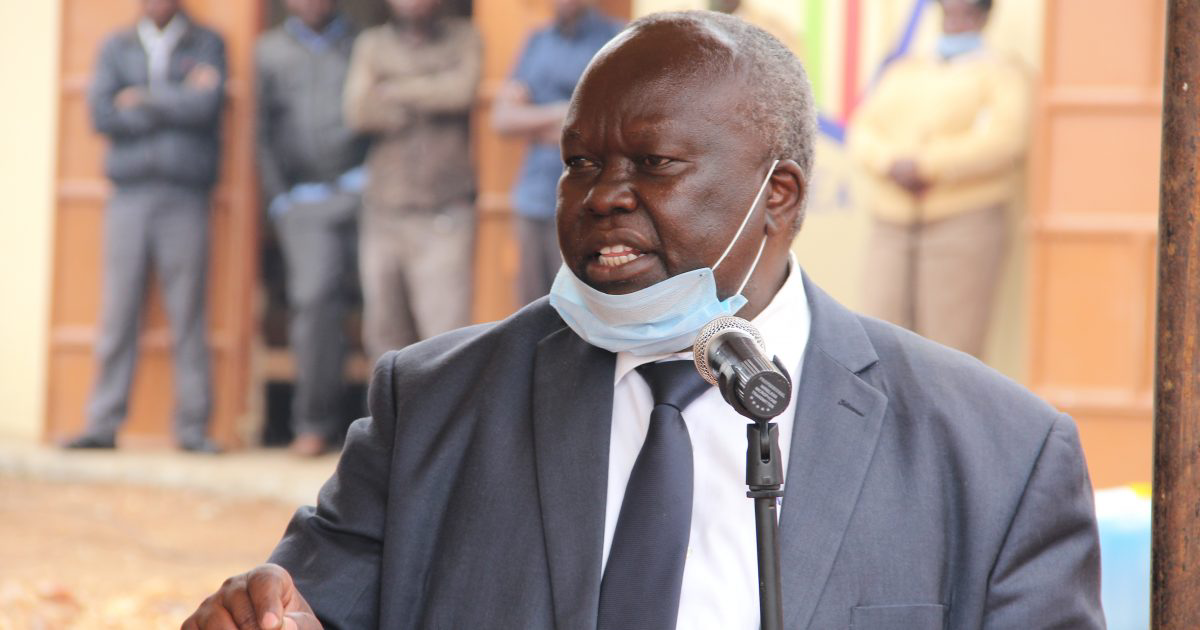 Farmers in Bomet County are counting loses after unscrupulous middlemen tampered with their weights and measures machines to defraud them while selling their produce.

Bomet deputy governor Mr. Shadrack Rotich has appealed to the national government to train weights and measures officers at the county level to police the traders who defraud dairy and tea farmers of a lot of money through the use of weights and measures machines that they have tampered with.

“I appeal to the national government through the ministry of Industrialization, Trade and Co-operatives to come to the rescue of farmers who lose a lot of their incomes to unscrupulous traders who use fake machines to defraud farmers,” Mr. Rotich said.

During a random check by the national and county weights and measures officials it was found that farmers lose between one to twenty kilos every day from dairy products, tea and potatoes.

Rotich said that the cartels were making it impossible for the government to achieve the Big Four Agenda since farmers who are the core providers of the products are discouraged.

“The County government is ready to facilitate training for the weights and measures officers in a bid to protect farmers from losing their earnings to conmen,” he said.

The deputy governor was addressing artisans who applied to supply desks to selected schools in Bomet County in the national government’s stimulus covid-19 project for schools in the country.

“We have set aside Sh20 million for the county enterprise funds in the year 2020/2021 and you will apply to enable you to supply the desks,” he stated.

The Chairman, Bomet Jua Kali Association Mr. Geoffrey Kirui appealed to the national government to be more flexible with the loans conditions to enable more youths to qualify for the programme.

Mr. Kirui said that despite the government providing strict guidelines for the youths to benefit from the project it was almost impossible for a village artisan who has been earning hand to mouth to have a bank account.