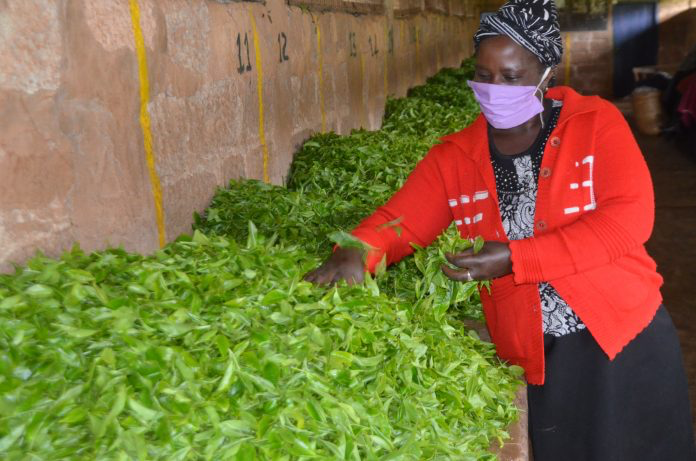 A section of tea farmers drawn from the larger Mount Kenya region have lauded the High Court’s decision to suspend election of directors for Kenya Tea Development Agency (KTDA) factories.

The High Court in Mombasa on Monday last week suspended elections of directors of KTDA allied factories until a case filed by Attorney General (AG) is heard and determined.

On Friday, the farmers who met in Kenol Town of Murang’a County said the suspension is a relief as many farmers wanted the procedure of electing of directors to be based on one farmer and vote system.

The AG in his petition filed in High court in Mombasa applied for suspension of the elections of KTDA directors saying allowing the elections to continue would render the Crops (Tea Industry) Regulations 2020 irrelevant.

The bill that is before the National Assembly proposes changes to the elections system used in the tea sector that would see each farmer get an equal voting stake.

Currently, KTDA uses a voting system based on the number of shares a farmer has, a system which many farmers claim only favoured those with big farms and many shares.

Justice Mwangi, sitting at the High Court in Mombasa, suspended the elections and ordered the application by the AG to be heard on November 10.

A farmer from Gitugi tea factory in Nyeri County Patrick Ngunjiri said many farmers were praying the AG’s petition sails through saying they wanted changes in the election process of directors for KTDA allied factories.

He said for many years, voices of small-scale tea farmers have not been considered during times of elections.

“For the first time, farmers who are the most important party in the tea industry have felt reprieved that their cries have been listened to,” Ngunjiri said.

He urged the National Assembly to take cue and hasten the adoption of the Tea Bill for reforms to be enacted in the chaotic sector.

“If the bill is enacted into law, we hope it will uplift tea farmers from the economic crisis they have been encountering year after year,” added Ngunjiri.

Muthoni Waithanji, another farmer from Gitugi factory said farmers would not lose hope and would continue to fight for reforms that would see them earn more from the cash crop that is one of the highest foreign exchange earners in the country.